*Formalin is a solution which contains formaldehyde, though the amount is negligible. 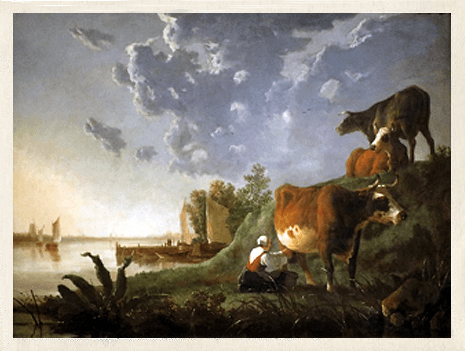 Codelite® is made from casein which is the protein element naturally occurring in milk. Cured and hardened in sheets or rods, milk casein became a staple for button making. It was first produced in the UK as far back as 1910 at a factory in Stroud, Gloucestershire.

While casein production grew over many years as the industrial demand for it increased, it ceased in the 1960’s when the UK’s last milk casein-making plant in Gloucester was closed.

While production of milk casein buttons continued in the UK until the early 1970’s, they were replaced by the present-day and near-ubiquitous use of polyester in the button-making industry.

But now, 45 years or so later, Courtney & Co is re-introducing buttons made from Codelite®, today’s state-of-the-art version of milk casein, once again! And when you learn more about Codelite® you’ll understand why!

To make Codelite®, rennet (a naturally occurring enzyme) is first introduced to the milk which separates the solids (curds) from the liquid (whey) in much the same way as cheese is made. Edible acids are added to accelerate the process. With the addition of formalin*, the substance turns into a solid material at a rate of about 1mm in thickness per week.

Incredibly, 96% of the finished article is comprised from dairy milk! In fact, it takes 33kg of milk to make 1kg of Codelite®. The whey – what is left over – is then sold as a commercially valuable commodity with many diverse uses, meaning that nothing goes to waste.

Processed with different effects, Codelite® is a highly attractive and versatile substance which can be dyed and polished with amazing diversity and clarity of colour. And once finished, the buttons perform like the conventional polyester buttons which replaced them – robust and hard-wearing and washable even in conventional machines time and time again.

But, unlike polyester, Codelite® buttons are bio-degradable, sustainable and traceable, too. If you’d like to know more about our Codelite® buttons drop us an email or call. We’d love to tell and show you more!